Pub Of The Year

The Pub of the year is an annual competition held by CAMRA to find the "best" Pub in Britain.

Pubs are judged on a number of criteria which include:-

The competition progresses through local, regional and national stages.

The Hop Inn in Swindon Old Town is this year's winner.

Jason and the team with their certificate. 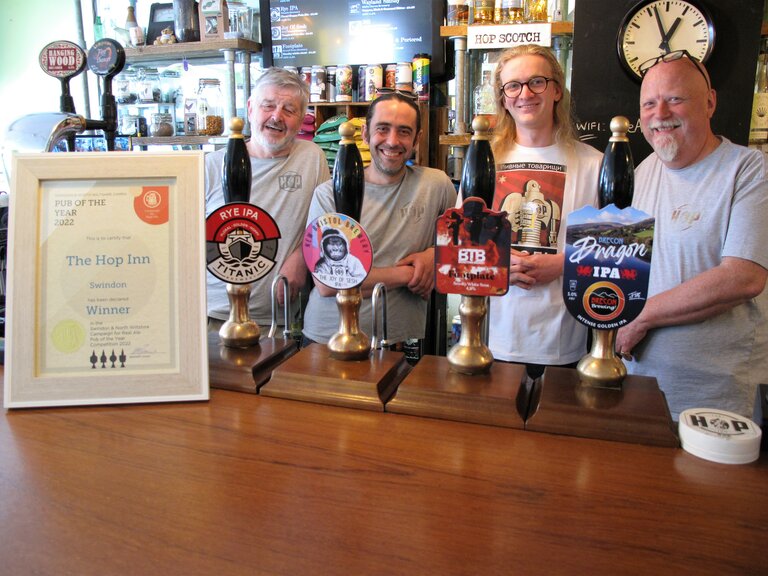 The Five Bells in Royal Wootton Bassett is this year's winner.

Simon Cole with the certificate. 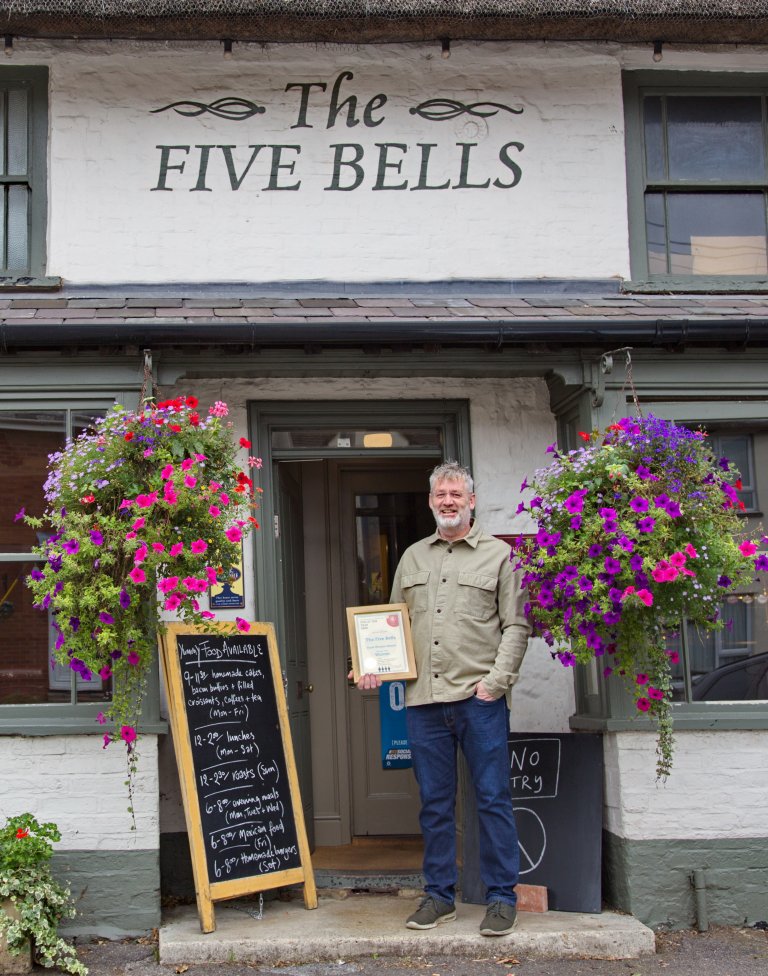 The Red Lion at Cricklade is this year's winner.

The certificate was presented to Donna on Tuesday 30th July by Chair Vince Chilcott. 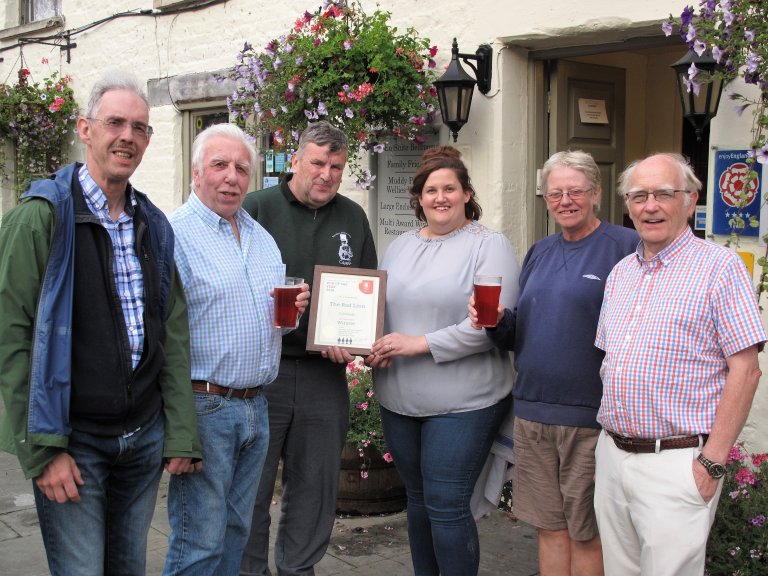 The Five Bells in Royal Wootton Bassett is this year's winner.

The certificate was presented to Simon and Becci Cole on Monday 23rd April by Chair Vince Chilcott. 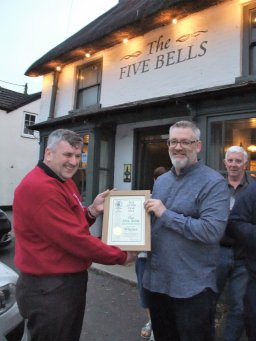 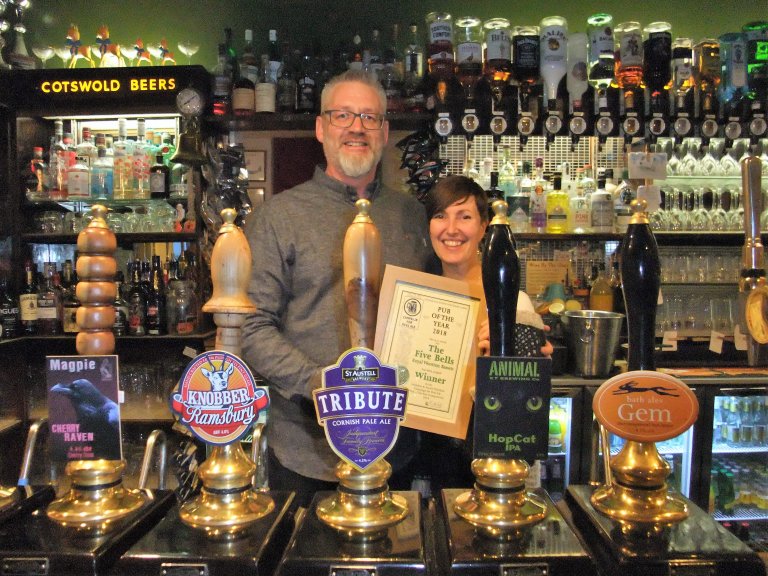 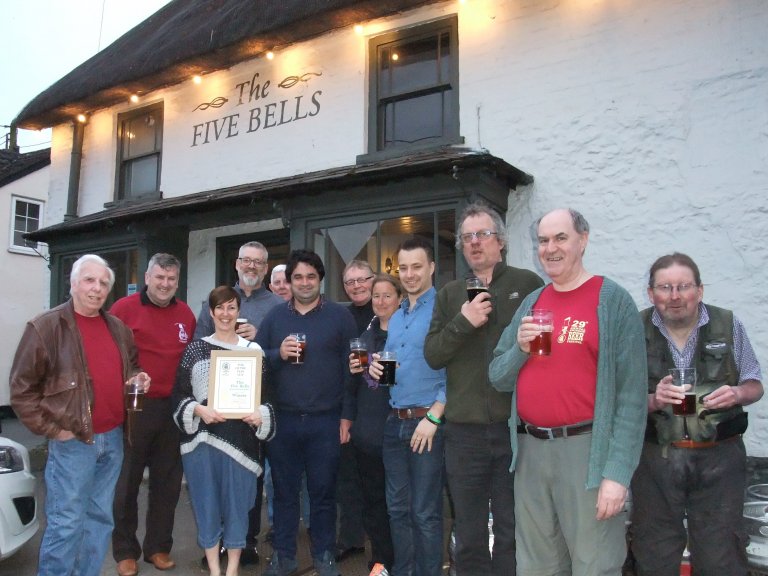 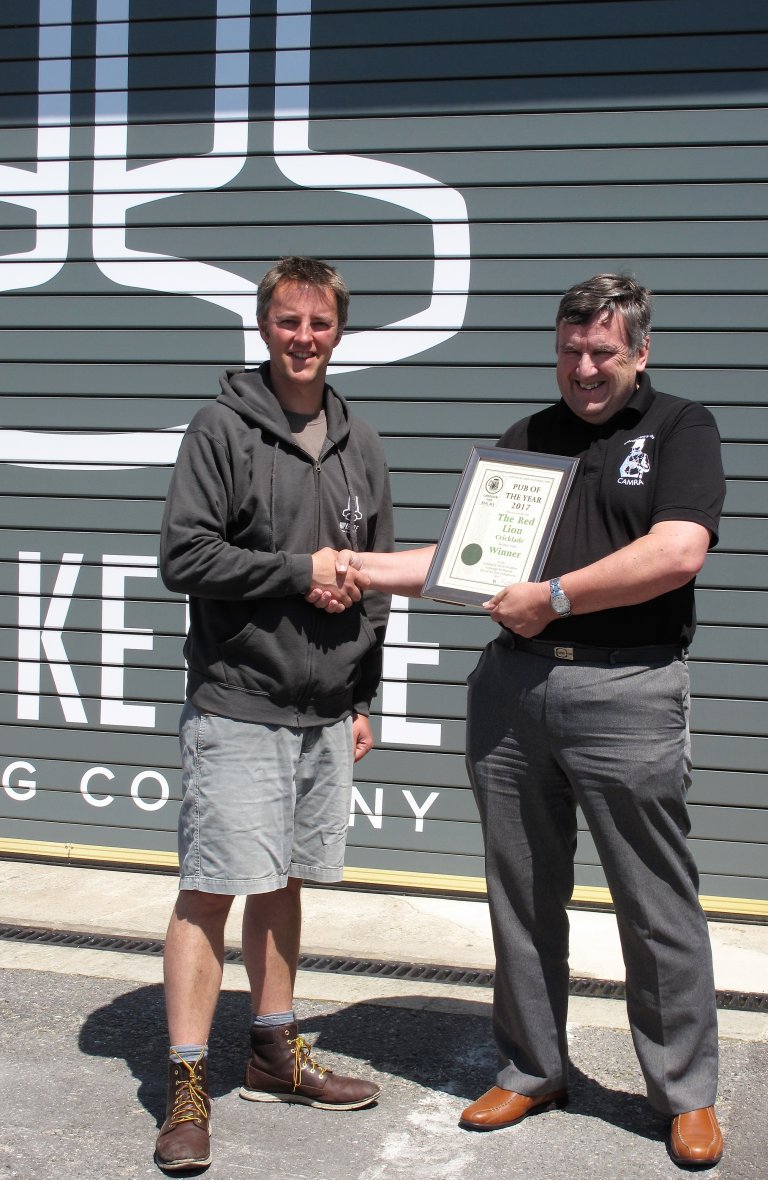 All is not changing this year as the Red Lion in Cricklade wins for the 2nd time in a row!

The certificate was presented to owner Tom Gee on Saturday 17th June by Chair Vince Chilcott outside the new Hop Kettle (Swindon) brewery. 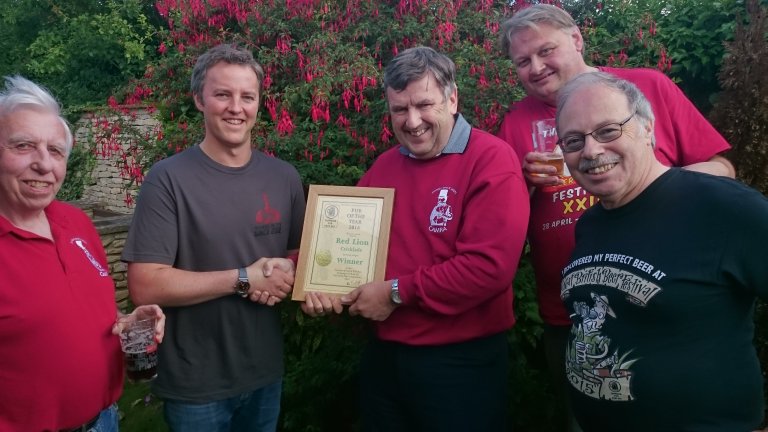 The Swindon & North Wilts branch of CAMRA has voted the Red Lion in Cricklade as its Pub of the Year for 2016.

The certificate was presented to owner Tom Gee on Friday evening by Chair Vince Chilcott. He commented that it was a true Free House with a friendly welcome and a worthy winner. Owner Tom Gee was very pleased with the award. 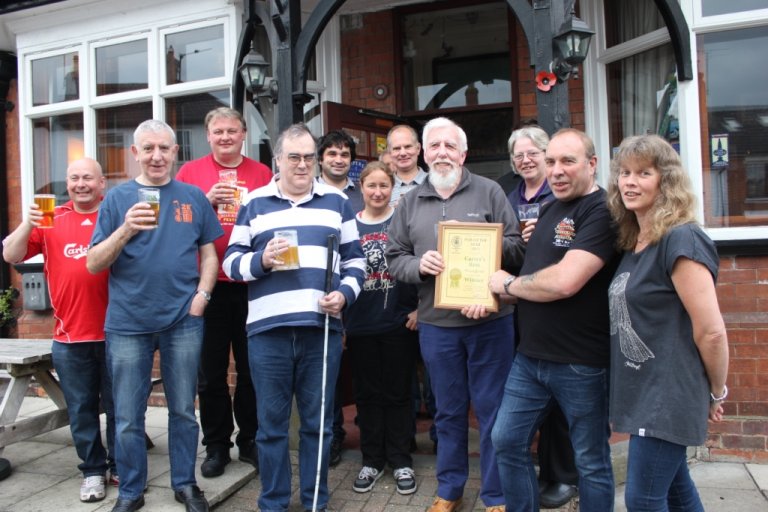 For 2015 we chose the Carters Rest in Wroughton.

The certificate was presented to landlords Kevin & Caroline MacDivitt on Friday evening by Bill Bendall. Branch Secretary Richard James commented that the award was well deserved and wished the pub good luck in the National competition.

Landlord Kevin MacDivitt accepted the award and thanked the branch for its support over what has been a difficult year.

The difficult year Kevin referred to was due to a nasty cycling accident he and Caroline were involved in last September. 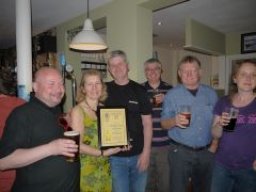 For 2014 we chose the Hop Inn on Devizes Road Swindon. Swindon and North Wiltshire CAMRA Branch presented the POTY certificate to the extremely pleased Landlady and Landlord on 15 May. Several CAMRA members were present to witness the occasion, taking the opportunity to sample some of the excellent beers on offer. The Hop Inn is a worthy winner for a number of reasons. One of the most important one is the fact that the Hop Inn opened in a former shop in October 2012 as a Free House. Since then it has featured a huge number of beers not available in the vast majority of pubs in the Swindon area. The Hop Inn is a big success story in the present climate of pub closures. 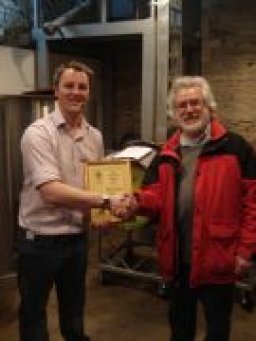 For 2013 we chose the Red Lion at Cricklade and presented the POTY certificate on Friday 12 April 2013. The Red Lion is no newcomer to this award. The positives from previous write-ups are still true. It is a great pub with a lot of history to it. It serves a large selection of real ales in excellent condition. In addition, the Red Lion has been brewing its own beers since June 2012. Since then beer lovers have been able to sample many different styles of beers from the Hop Kettle Brewing Company - the name of the brewery attached to the Red Lion.

Local POTY Winners over the Years