The dates for the 34th Swindon Beer Festival are Thursday 20th to Saturday 22nd October 2022, once again at the STEAM Museum SN2 2EY

Unfortunately we have had to cancel the festival for another year. The NHS will be using the venue as a vaccination centre. Please everybody, if you have not already had your jabs, get them now, so we won't have this issue next year.

Given the ongoing COVID-19 restrictions and the possibility of local lockdowns in the next few months, we have regretfully decided to cancel this year’s Swindon Beer Festival at the STEAM museum. 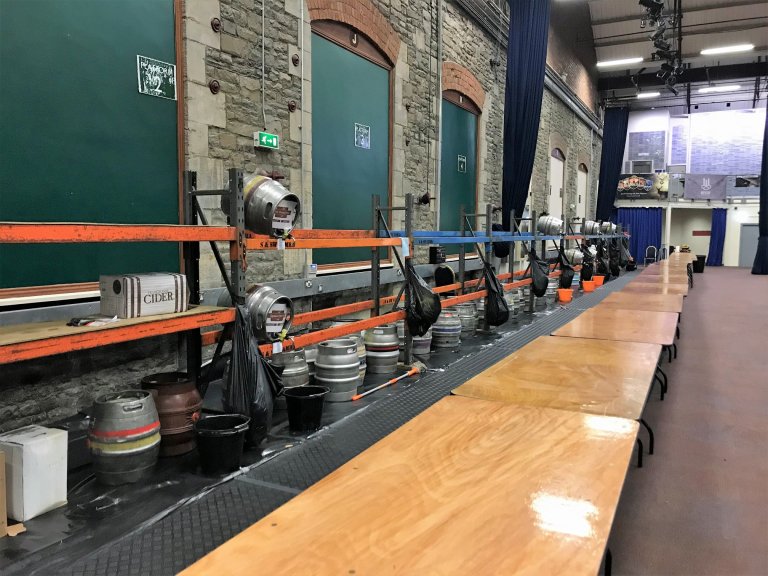 As you can see you drank us dry!!

Winners at the 2019 beer festival

Congratulations to all the winners.

Pictures from the 2018 beer festival

For a short video of the stages of a festival see below:


Beers of the Festival in recent years

Partially as a result of this there were no further Swindon Beer Festivals until 1994. The new venue was the New College, Walcot.

After 5 years at New College the Beer Festival moved to the Territorial Army Drill Hall in Church Place in 2000. Although the Drill Hall was slightly smaller its more central location proved very popular and it was our venue for 2000 and 2001. The Drill Hall was not available in 2002, consequently our Beerex could not take place.

In 2003 we moved to the Old Railway Museum in Faringdon Road, where we held successful Beer Festivals three years running.

In 2006 we took the opportunity to move to STEAM, the Museum of the Great Western Railway, close to the tracks of the mainline. That year was of course Brunel's bicentenary. We have now had several very successful Swindon Beer Festivals at this location.